The Company's proprietary Genio® system is the world’s first and unique battery-free, leadless and minimally invasive neurostimulator for patients who suffer from moderate to severe OSA. By dissociating the neurostimulator from its power unit and thanks to the unique bilateral nerve stimulation, the Genio® sleep apnea treatment will shift the current paradigm in OSA therapy. 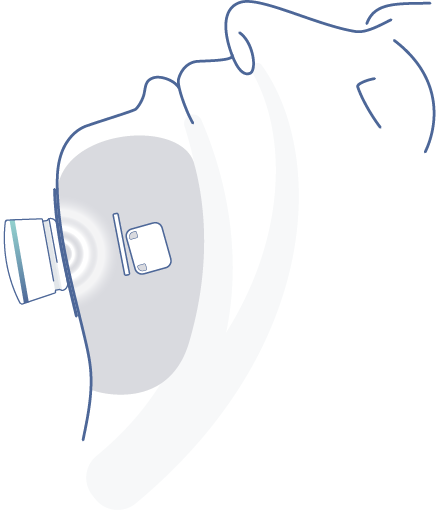 In contrast to other therapies, the Genio® system has been specifically designed to treat OSA, with the user in mind.

The surgical implantation of the Genio® neurostimulator is a minimally invasive procedure, only requiring a single incision under the chin. Our leadless and battery free neurostimulator then triggers the tongue muscles to maintain an open upper airway during sleep.

Every night, a patch is applied under the chin, to ensure your patients’ restful nights. 82% of users report being satisfied with the Genio® system.*

Genio® is the disruptive sleep apnea solution for patients who suffer from moderate to severe Obstructive Sleep Apnea or OSA. Genio® is the world’s first and unique battery-free, leadless and minimally invasive neurostimulator that was designed and developed with the user in mind. By stimulating the hypoglossal nerve bilaterally, Genio® maintains the upper airway open during you sleep allowing your patients to enjoy restful nights again. 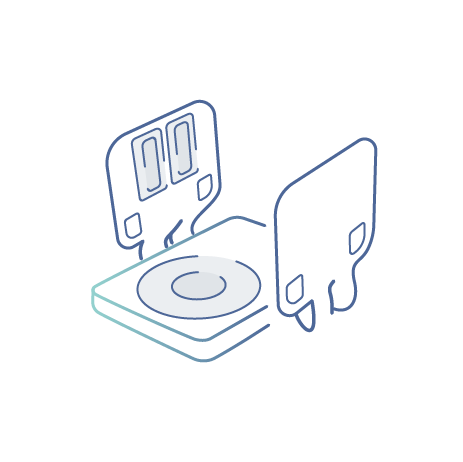 The implantable stimulator is a small saddle-like implant that consists of an antenna (the "saddle") and two "legs", each including two metal pads called electrodes. The stimulator is implanted under the chin, through a minimally invasive surgical procedure. The pair of electrodes deliver electrical signals to both left and right branches of the hypoglossal nerve, resulting in bilateral stimulation of the nerve, which then triggers a slight forward movement of the posterior portion of the tongue. This process of stimulation and forward movement helps to maintain an open airway, thereby allowing normal breathing during sleep. 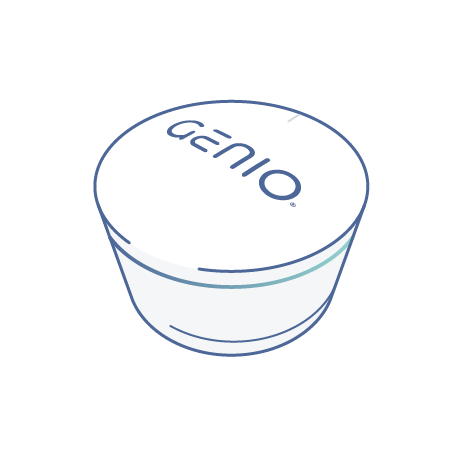 The Activation Chip constitutes the detachable power source of the implantable stimulator and is composed of the user’s personalized therapy program and a battery. The design offers significant opportunities to make future updates and upgrades, or to add additional services to the Genio® system without the need for additional surgery. The Activation Chip should be charged daily after each use with the charging unit. 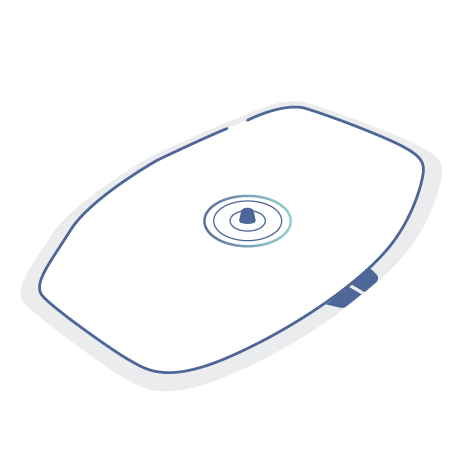 This breakthrough approach of dissociating the neurostimulator from its power unit is unique to Genio® and protected by proprietary patents.

The BLAST OSA study data*, published in the European Respiratory Journal, provide compelling safety and efficacy data of the Genio® system, demonstrating that treatment with the Genio® system resulted in a significant improvement in sleep apnea symptoms and patients' quality of life.

The results from the BLAST OSA study demonstrated that the Genio® system is well tolerated with no device-related serious adverse events being reported during the course of the study.

The BLAST OSA study demonstrated a 45.6% reduction in AHI (p<0.001) and a decrease in the oxygen desaturation index ("ODI") by 48.7% (p<0.001), which is in line with other Hypoglossal Nerve Stimulation (HGNS) technologies reported performance at the same time stamp.

BLAST OSA data reported high therapy compliance, with 91% of participants using the system more than five nights per week and 77% of patients reporting a nightly use of more than 5 hours per night at 6 months.

Results from the BLAST OSA study demonstrated that patients' quality of life significantly improved as assessed using the FOSQ-10 questionnaire, with an increase in score by 1.9 units (p=0.0157) and a decrease in the daytime sleepiness (ESS score) by 3.0 units (p=0.0113).

In addition, bed partners reporting loud, very intense snoring, or leaving the bedroom due to partner snoring decreased from 96% at baseline to 35% at 6 months post-implantation.

The implantation procedure is performed by a trained and certified surgeon. The procedure requires only one incision, takes about one hour to complete and is done under general anesthesia. The Implantable Stimulator constitutes the only implanted component of the Genio® system.  The device is placed over the genioglossus muscle, close to the tongue’s hypoglossal nerve.

MRI guidelines for the Genio® therapy

Click here for more information about the MRI Scanning Guidelines.

Genio® indication for use

The Genio® system is used to treat adult patients suffering from moderate to severe OSA with an apnea hypopnea index ("AHI") equal to or exceeding 15, but not exceeding 65.

It is intended as a second-line therapy for use by patients who have not tolerated, failed or refused PAP therapy. PAP treatment failure is defined as an inability to eliminate OSA (AHI > 15 despite PAP usage). PAP intolerance is defined as: